The Optimists concludes the film festival in Haugesund!

Programme manager Håkon Skogrand thinks there will be laughter and tears of joy when the movie The Optimists concludes this years festival, on Tuesday 20 August: Not since Cool and Crazy have I seen a documentary with such a potential to succeed with the masses, he says.

Håkon Skogrand, program manager for the Norwegian Film Festival, has made a joyous choice and now has a great movie to conclude the festival: a documentary featuring women aged 66 to 98 years. Håkon Skogrand thinks there will be both laughter and tears of joy in the auditorium when the movie The Optimists concludes this years festival on Tuesday 20 August: -Not since Cool and Crazy have I seen a documentary with such a potential to succeed with the masses, says the program manager. – Gunhild Westhagen Magnor does an exemplary job at bringing out the great personalities on the team by following them both on and off the field, at team meetings and individually. The result is an inspiring movie about the love of sports, and friendship, and shows that it is in fact possible to grow old without feeling old, says Håkon Skogrand, and thinks the audience can look forward to getting to know Goro (60), Lillemor(68), Birgit (68), Eldbjørg (68) and Irma (66, and the youngest). 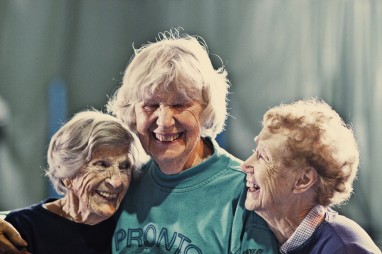 Optimistic image
Gunhild Westhagen Magnor, scriptwriter, director and photographer of the movie, got the idea for the movie when her mother began playing for The Optimists. – I was so surprised it is possible to play volleyball when you are almost 100 years old. We worship youth and many of us are almost afraid of becoming old. I wanted to make a movie that gives a different and more optimistic view of the experience of growing older.

Old age is also a period in ones life which is full of experiences, laughter, friendship and new challenges. To me, the volleyball ladies in Hamar are female role models we need in our time, says Gunhild Magnor Westhagen, and looks forward to let the the audience at the festival meet The Optimists in Haugesund..

Real and heartfelt
Hilde Skofteland and Ingunn H. Knudsen produced the film for Skofteland Film. They have collaborated with Gunhild Westhagen Magnor for many movies. – We knew she has talent. She is also a great photographer, and by doing the filming herself, she gets so much closer to the actors. The experience becomes relaxed, real and heartfelt, says producer Hilde Skofteland. -It’s a pleasure and a great honor that The Optimists gets to conclude the film festival in Haugesund, concludes producer Ingunn H. Knudsen.

The Optimists is out in the movie theaters 27. September, and is distributed by Norsk Film Distribusjon. 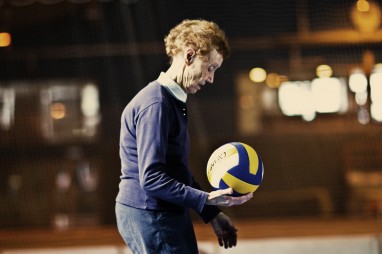 About the director
Gunhild Westhagen Magnor did the script, direction, and photography the the movie The Optimists. She has years of experience in communicating with a large audience, such as the docusoaps Et Lite Stykke Thailand andKaranba. She also has many stand-alone documentaries, such as Vinger Under Vann and Juletrebonden.

The storyline
The volleyball club Optimistene are a group of women between the ages of 66 to 98 who have trained together every Monday for 40 years. But they have never played a proper match against another team. This is something they would like to change. But who should they play against?

Goro, aged 98, is the queen of the team, with her iron will, love of life and her purple Converse shoes. When she broke three fingers during practice she simply taped them together and continued playing. The film follows Goro, Lillemor (88), Birgit (69) Eldbjørg (89) and their teammates in their everyday challenges and on the volleyball field- from the point where they decide to play their first match, through the grueling preparations and all the way to the big day. Soon their winning strategy is ready: Laughter, fellowship, a fighting spirit, crochet flowers, and perhaps some handsome Swedish gentlemen?
Rumors say there is a Swedish male senior team who call themselves “Krutgubbarna”, – a youthful group of men aged sixty to ninety years. It all leads up to an unforgettable journey to Sweden and an extraordinary international match.

Hi, where can i buy or rent this film in Germany in English language?
Thanks and have a good day
Juergen